In Memory of Dennis "Denny" Long

Denny began serving his country and community by entering the United States Marine Corp. on October 26, 1965. During service in the Marines, Denny spent 26 months in Vietnam earning several commendations, including the Presidential Unit Citation. 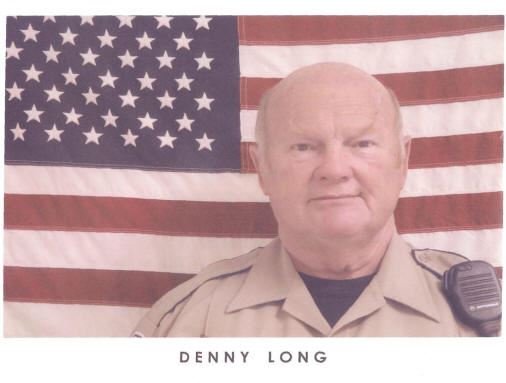 Time at the Sheriff's Office

A quick learner, Denny earned his Jailer certification and was promoted to Jailer March 1990. Striving to improve himself, Denny then attended the Odessa Law Enforcement Academy and obtained his Texas Peace Officer License in June 1991. May 10th, 1999, Denny was promoted out of the Detention Division and was assigned to the Courthouse Security Section in the Operations Division. Denny received numerous letters of commendation from the public during his tenure in Courthouse Security. Denny was an excellent worker, always did his work, was very polite and cordial to the people around him. Denny treated everyone with respect. Denny could handle himself in any situation. Denny always had a kind word to say or a joke to tell. He enjoyed talking about his family, his motorcycle or a trip he had just taken. Denny liked talking to people and enjoyed being around people.

On October 11, 2002, Denny Long suffered a massive heart attack while on duty and subsequently passed away during the night. The Midland County Sheriffs Office will miss Deputy Denny Long. He was a good man.