Elmo T. "Tom" Arnold passed away unexpectedly on February 10th, 2011. Tom was 91 years old. He was born in New Braunfels, Texas on December 5th, 1919. He was the oldest of eight children and actually helped raise his younger brothers and sisters. Tom grew up hunting and fishing and was an avid outdoors man all his life. Tom graduated from New Braunfels High School on May 31st,1939. Tom married the love of his life, Anna in 1945. They would remain together for 65 years till Anna passed away. Tom came to Midland, Texas with his wife Anna in 1953. Tom was self employed as the owner of NAH Boiler and Supply and was a very successful businessman. A man of unusual ability, Tom was fluent in three languages including English, German and Spanish. 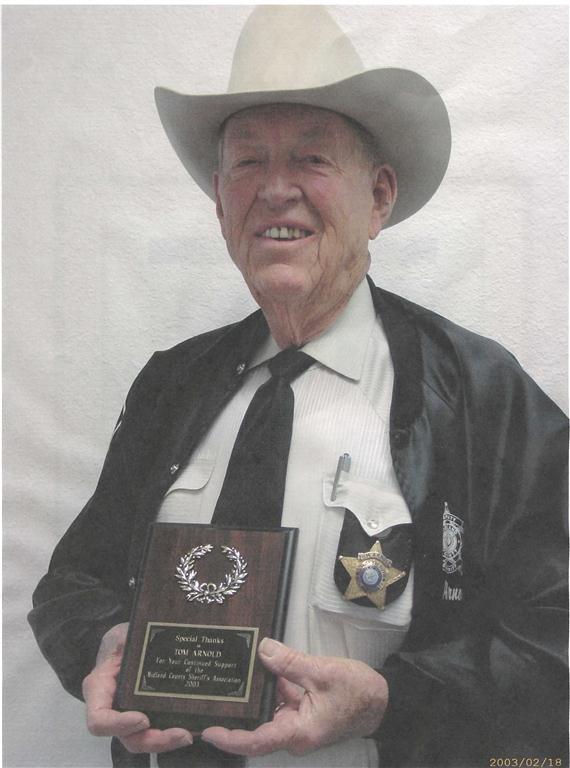 Active in serving his community for his entire life, Tom belonged and distinguished himself serving many organizations including the Masonic Lodge, Shrine Club, Scottish Rite Association, Eastern Star, Rainbow Girls Assembly and the Midland County Sheriff's Office. Tom was a 32nd Degree Master Mason, a Trustee of Masonic Lodge Number 623, a Senior Steward of Masonic Centennial Lodge Number 1448 and was awarded the "Golden Trowel" by Midland Masonic Lodge Number 623 AF and AM. Tom was also on the Board of Directors of the Midland Shrine Club, where he also was a Former President and Past District Deputy Grand Master. Tom further served on the Scholarship Committee of the Scottish Rite Association and was a Worthy Patron of the Eastern Star. Tom also was on the Board of Directors of the Rainbow Girls Assembly and was awarded the "Grand Cross of Colors" by this organization.

Tom was a lifetime member of the Midland Presbyterian Church, where he constantly donated his superb cooking talents for countless benefits. On July 9th, 1996, Midland County Sheriff Gary Painter swore Tom in as a Reserve Deputy Sheriff, and Tom became the third generation of his family to serve in law enforcement. 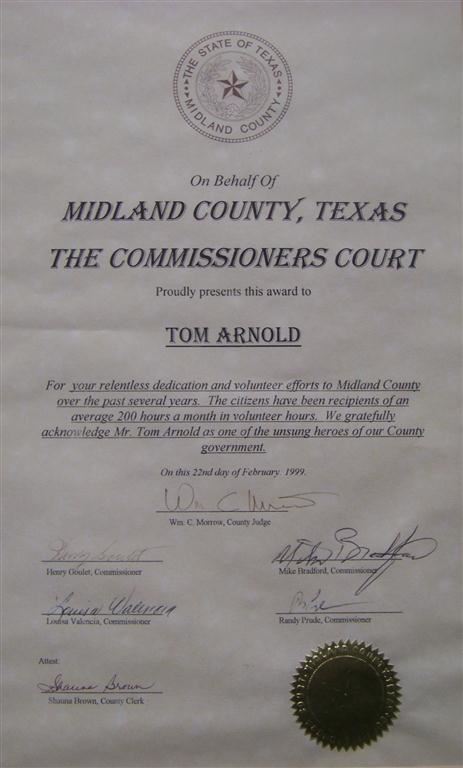 Tom Arnold was one of a kind and will be greatly missed by all who had the privilege of knowing him. A constant inspiration to all he came in contact with, no one served his fellow man better than Tom Arnold.